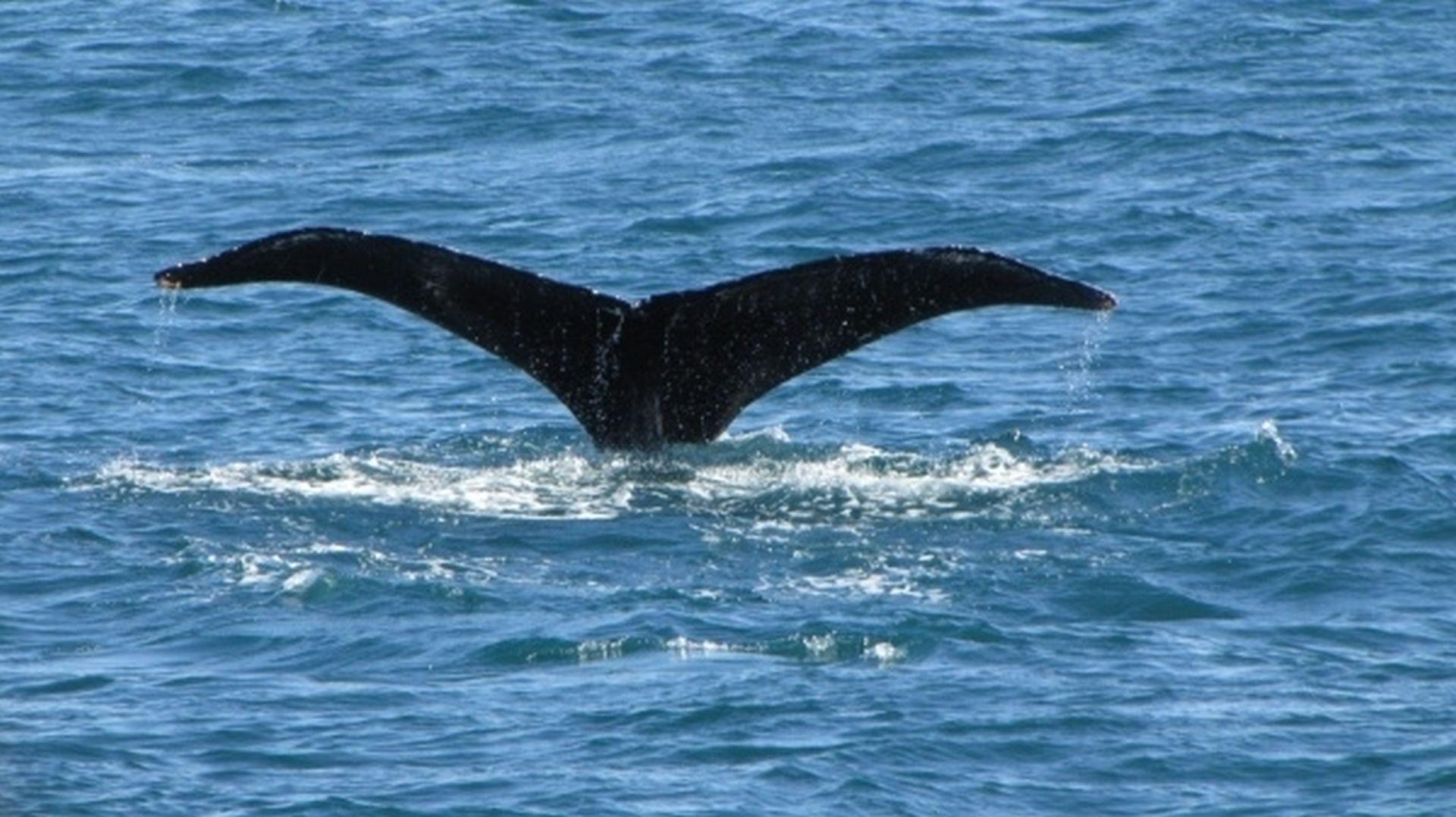 With my legs somewhat rested, bike (Charles) stored in Fairbanks (thanks John) I set off in the middle of June for a 2 week driving tour of Southern Alaska a friend from Liverpool / New Jersey, Lee.  A CAR! NO PEDALLING!

To give you an idea of the sheer vastness that is Alaska, we cover 2000 miles…and only see maybe an eighth of the country!  But it was a great 2 weeks (thanks Lee) and needed after the previous 2 of hard cycling.

First stop Anchorage for some local wildlife AKA nightlife – if you ever go to ‘Darwin’s Theory’ bar on a Friday night, prepare yourself for a rootin’ tootin’ raucous time.  Lets just say that whilst we didn’t get any saloon brawls, the frontier spirit is alive and well in Alaska! 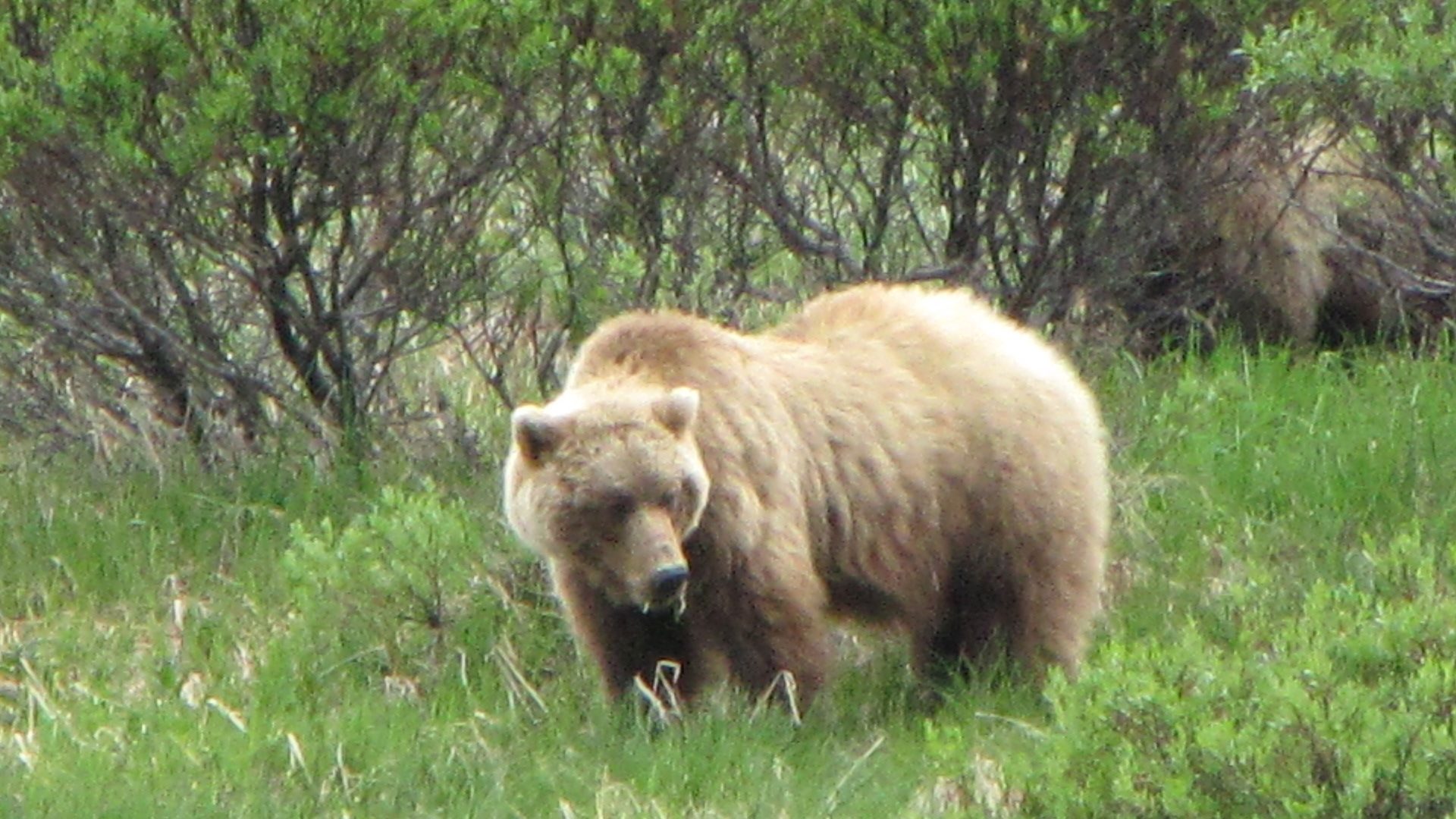 We then head south and begin our ‘Grande Fjord-tour’, making Seward where we take a fantastic ‘Glacier Cruise’ spotting Orca and Humpback whales just off the boat.  Amazing.  We also do a quick walk up to see ‘Exit Glacier’ and the ‘Harding Icefield’ at 3500 feet and I get my first photo of a Grizzly (with cub) who are about 400 feet (and moving closer!) above us as we walk along the trail.  Really special.

Next stop Ninilchik toward Homer on the Kenai Penninsular and Lee’s first night in his ‘SAS Black Ops’ tent.  That night (well it was 10pm but still daylight!) we saw our first Bald Headed Eagle about 20 feet away atop a tree – it didn’t move and the 2 of us just stood there staring.  Wow.

Now Homer, specifically the ‘Spit’ (connected by an isthmus – oooh la-dee-da!) allowed us to attempt to make the biggest fire in history on the beach campsite.  At the point that the not insubstantial tree trunk caught and the grasses by the tents did too (the flames of the fire licking 10 feet across the beach in the wind) we decided to call it a night but not before some lovely camp-cooked food.  No salmonella but hair was removed from respective fingers whilst extracting food from the ‘furnace’ (who needs utensils when you have twigs and hands!  Ray Mears / Bear Grylls would be proud).

If you want to see Eagles this is the place – we saw mid-air battles for food and until a few years ago the Eagle Lady would bring hundreds to a spot just feet from our tent.

“You buy gifts I give you photo” she said with a cheeky smile which belied her senior years.  Whilst I’m not sure I could really make use of a 16 piece Russian Doll, a ladle, postcards of Lake Baikal, an Ushanka, a vodka Urn, faux Faberge eggs nor a pink shirt with tassles, she was quite a fascinating character, Nina in Nikolaevsk and certainly made us very welcome in her cafe.  Lee, how exactly did I end up wearing the pink shirt?

(if you hadn’t already guessed, there are quite a few Russian settlements in this area)

A quick trip to ‘Hope’ (cute, quaint, quiet), a stop to check out the ‘running of the Salmon’ on the Kenai river (HUNDREDS of people fishing on one stretch) and we make it over the other-wordly Glenn Highway (huge chasm-like valleys shrouded in thick pea-soup mist which no doubt hid dinosaurs).  And then came the rain, for nearly a week! 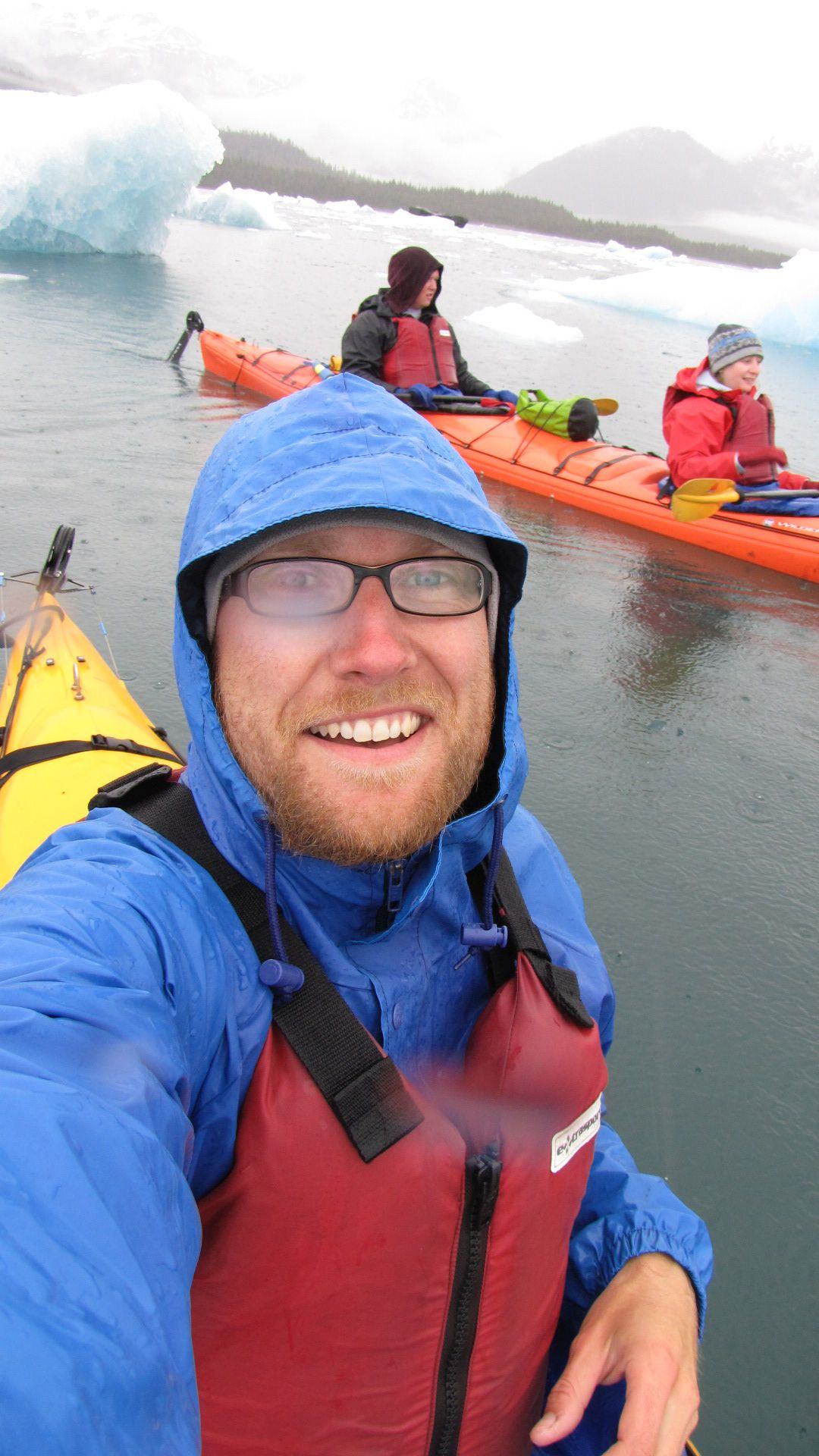 Valdez – Columbia Glacier Kayaking, cold, wet but there are ICEBERGS!

Valdez.  I really really like Valdez (yes, of the oil spill).  Mountains 7000 feet high veer up straight from the edge of the Fjords, no messing, none of this beach rubbish, just, up, straight up.  Apparently this is the place in the world for Heli-skiing with slopes of 60-70 degrees holding snow due its uniquely damp-make-up, a consequence of the juxtaposition of sea and and huge beasts of mountains.

Oh, and for such a little town (maybe 3000, which for Alaska is quite big) it has a really really good nightlife in an ‘edge of the world’ kind of way, a case in point being the response I got from one of the locals when I saw a mass of people on the floor in the dim distance of the dancefloor: “Are they playing Twister?”, “No, they’re just dancing”.  Cool.

(the record in one year for snow on the Pass above the town is just under 90 feet, yes FEET!)

Icebergs, Harper Seals, Sea Otters, more Eagles.  In a dual-kayak.  Rain.  Paddle.  Rain.  Yup, kayaked around Icebergs off the Columbia Glacier.  Bit wet (read ‘soddingly sodden’) but great.  If I do it again I either need a bigger kayak or shorter legs though!

A quick (goodness that Chevvy Impala could shift) scoot across the unpaved (sorry hire car company) Denali Highway spying Moose and we make Denali National Park.  Thats Denali AKA Mount Mckinley, North America’s highest mountain at around 20,000 feet which is a good few thousand feet higher than anything in the ‘lower 48’ (states).

Denali (“the high one” in Athabascan) has a brutal reputation as its so tall and so far north.  Temperatures regularly dip below -50°C in winter, something rarely encountered in the Himalaya.  The first team to climb it in winter (most do it in May-June) estimated that with windchill they once got caught out in a storm at -100°C.  To be ‘holed-up’ in a snow-cave for 2-3 weeks to ‘wait-out’ a storm is not unknown.  Finally, its got the tallest rock face in the world, some 14,000 feet (climbed in the 60s in a feat years ahead of its time) and unlike the Himalaya which ‘start’ (as far as climbing is concerned) a mile or two up, the base is at 700 feet.  Ouch. 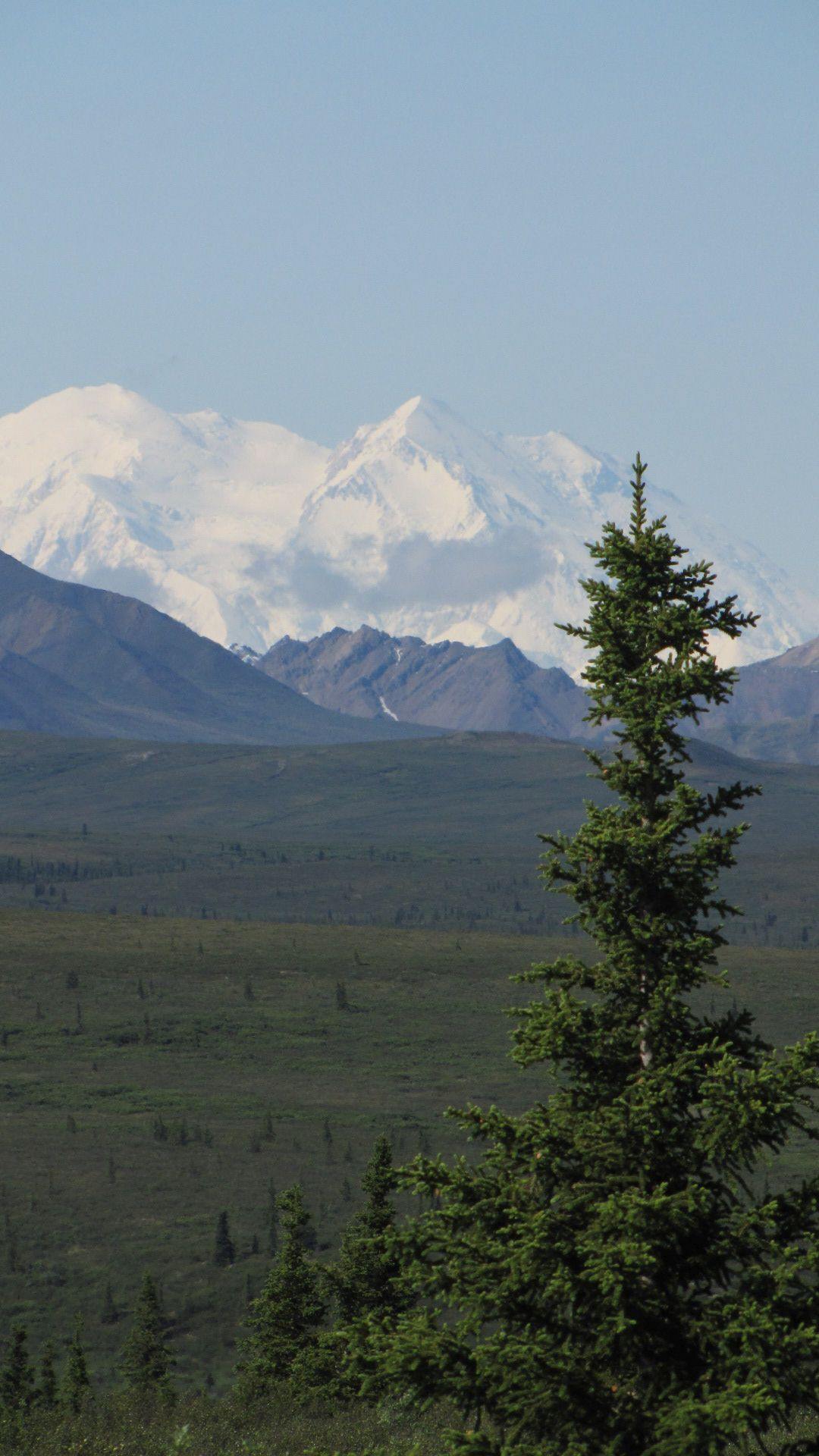 Bears, bears, bears, bears, bears.  Lots of bears.  Daddy bears, mummy bears and little baby bears.  We must see 10 in a day from our bus through the national park.  They are clearly on commission however, since they know how to perform for the camera.  Great though.  We also spy a Lynx (very rare apparently – no picture, too quick), Caribou, Dall Sheep and Fox.  No wolves 🙁

And on the 3rd day (in ‘Denali’) we see the mountain (it was cloudy and raining before).  Even from a distance its huge.  I like it.

Back to Fairbanks (I’m starting to feel like a bit of a local there now) and on the way hear the news about M Jackson.

I’ve just cleaned Charles and am in the process of packing up ready for tomorrow…when I head SW toward Canada, first stop, Tok.