“Well I think I’d quite like it if he marched past me with no clothes on!” exclaimed Myfanwy, the village matriarch, much to mine and Paul’s amusement! 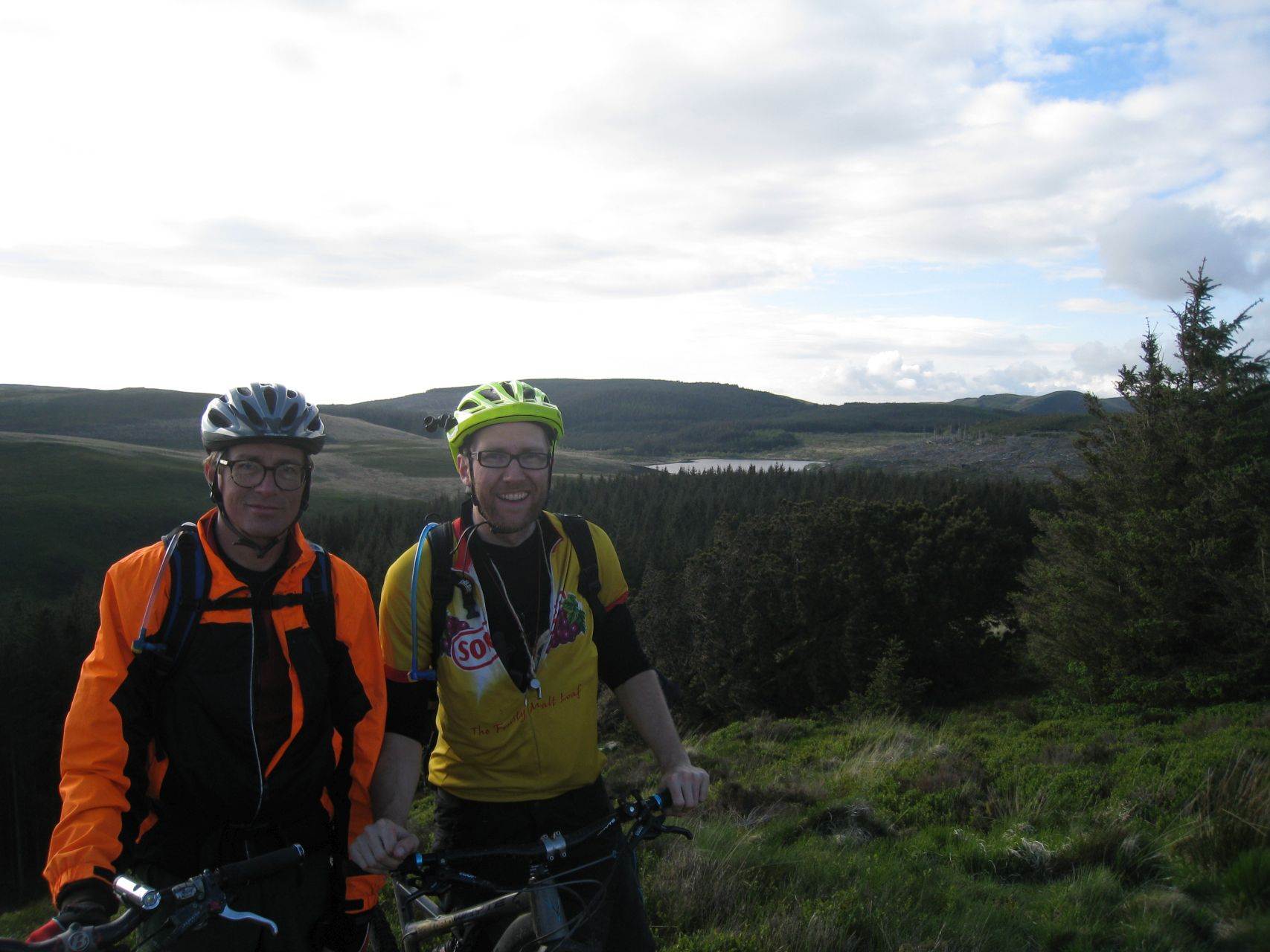 Later in the Week – Jon and Paul late in the day at Bwlch Nant yr Arian trail centre. © Paul Bonwick

It’s the second day of a week long mountain biking trip that friend Paul and I are undertaking and we’re sitting in a pub in Llan Ffestiniog sheltering from the interminable rain as Myfanwy entertains with an article in the local rag about the goings on of Britain’s somewhat infamous Naked Rambler. Bedraggled and wet through (us, not the rambler) we’re drying off in the pub before setting off once again, into the deluge …

We plan to travel light, staying in B&Bs, pubs and small hotels which we’ve pre-booked. Our route, mainly off-road, follows much of the MBRUK route called the Sarn Helen, itself named after the Roman road of the same name and which part of the route is believed to follow. The trail is mostly single and double track with some stretches on quiet rural lanes. MBRUK call it ‘the most ambitious off-road ride in Britain’ … were we ready? I didn’t know!