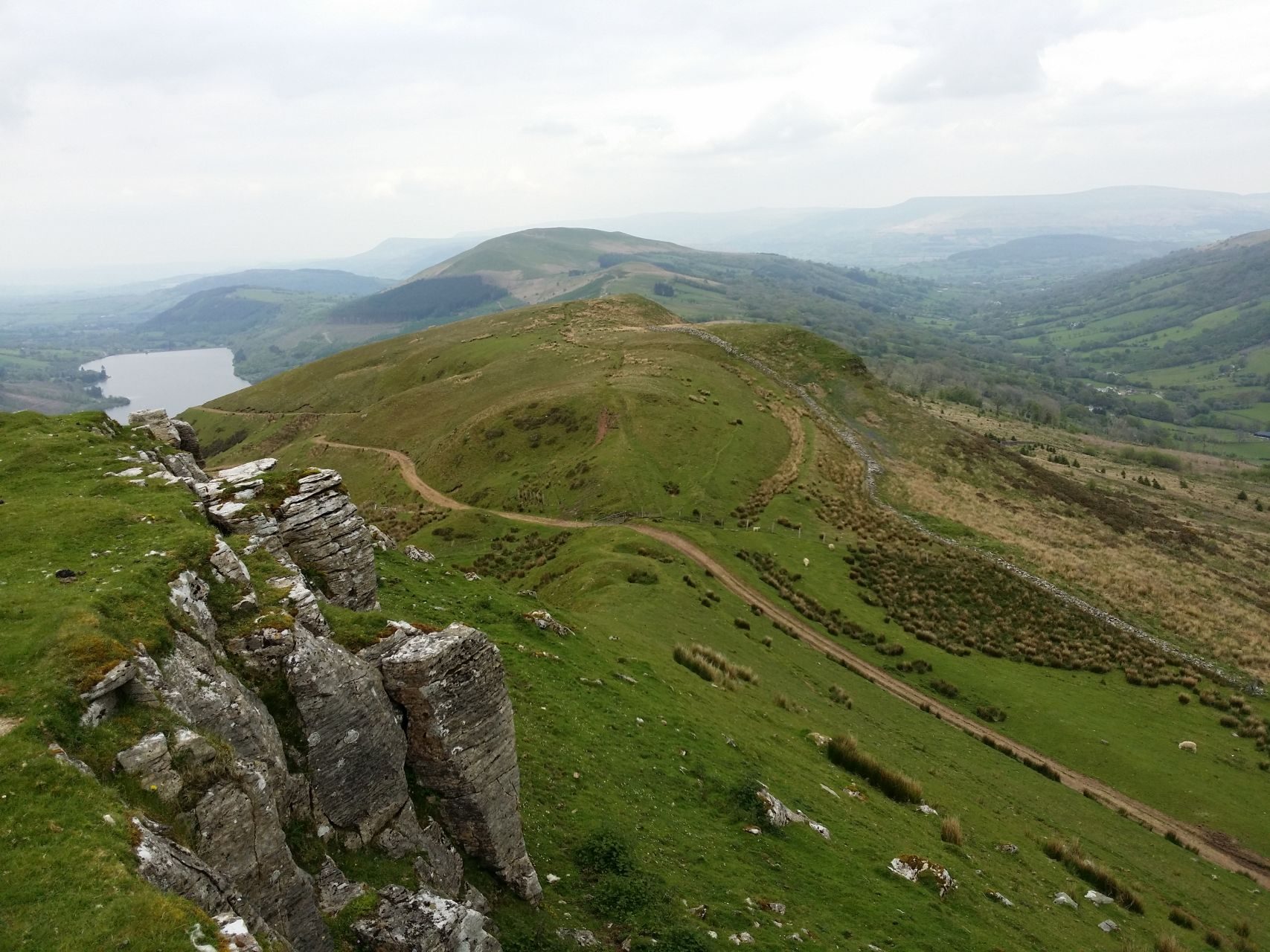 And so we wake on the final day of our (mainly) off-road trip from the north coast to the south coast of Wales. Our fantastic accommodation for the night (possibly topping the Elan Valley Hotel for me) has left us nicely rested, if still somewhat weary after 6 long days of hard riding. We pick up the Taff Trail cycle track before heading up into the Brecon Beacons, climbing via the Brinmore Tramroad. Back in the 19th century the tramroad plied limestone from the quarries high up in the hills and some of the old stone sleepers can still be seen embedded in the path. Toward the top the riding becomes a bog-jumping extravaganza. I’ve been up here many times before and never known it this wet. 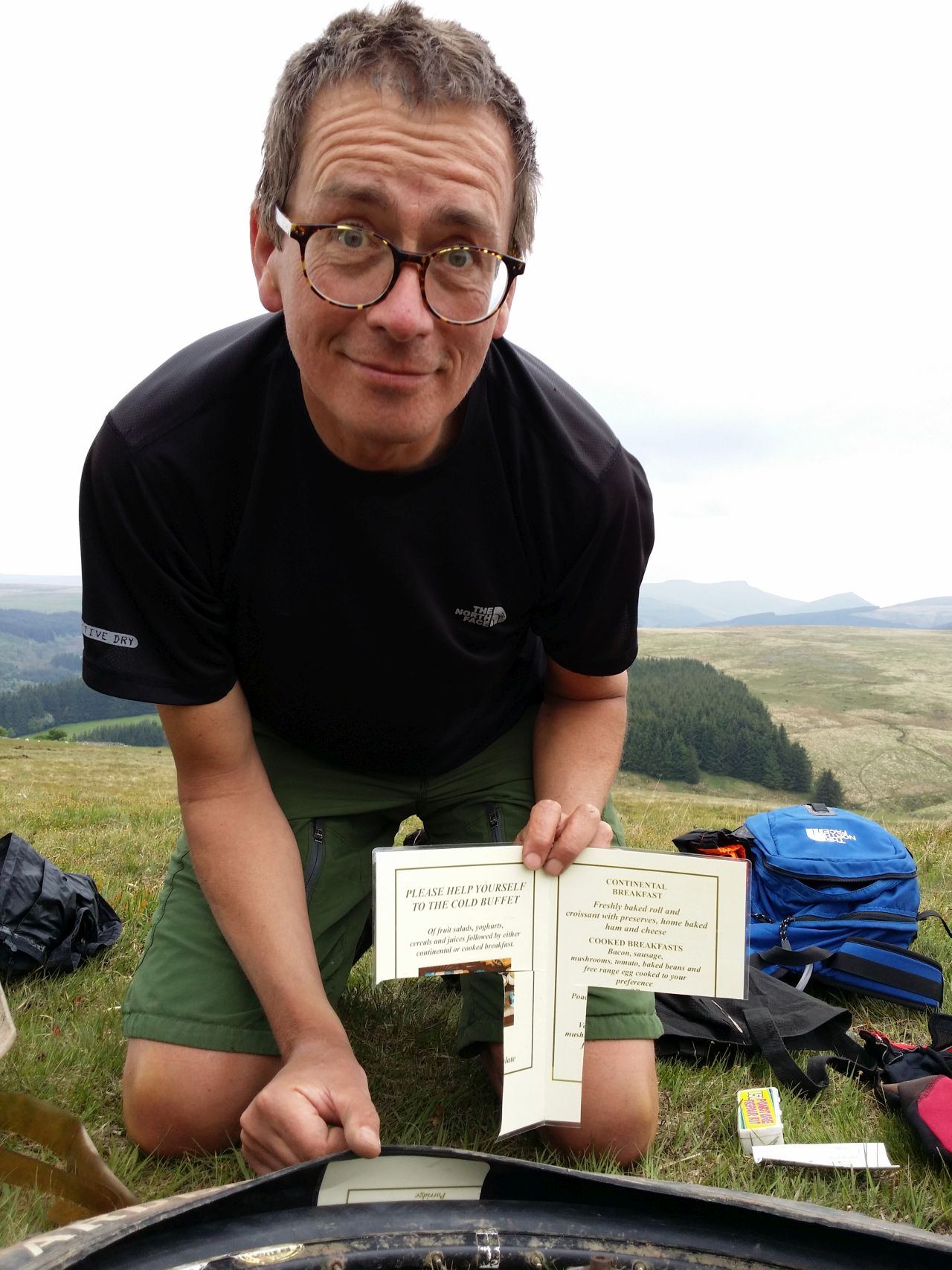 As we crest the slopes of Cefn y Ystrad we have fantastic views both north and south over the valleys. The descent is a heady mix of swooping, pacey singletrack and short, tight techie climbs. I may have whooped. And then, after a couple of days holding out, Paul’s tyre blows again. By now we’re down to improvised tyre boots from the laminated menu from our friendly hotel proprietress in the Elan Village (although we’re quite pleased with our initiative). After our trailside fix we push on to cover the 40 miles or so left, gunning it along the Taff Trail then skirting the large towns of Merthyr Tydfil and Pontypridd, passing some poor areas decimated by the disappearance of the coal-mining industry in the region. 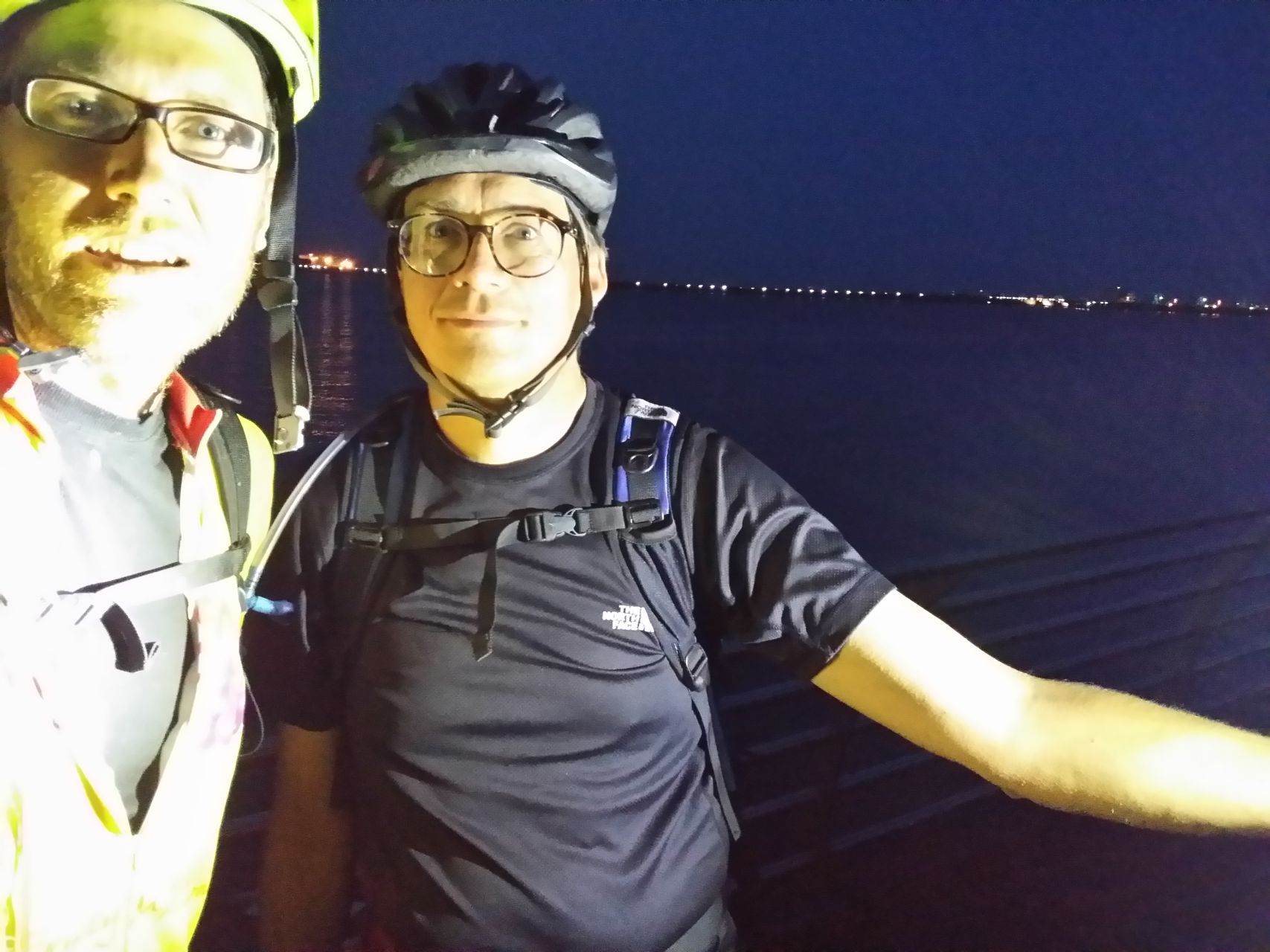 At one point we have to pull off the path as an unaccompanied and slightly emaciated horse trots past us! Not withstanding accidentally doing two circuits of a local park, plus Paul’s tyre going flat another two times, we finally arrive, in the dark, at Cardiff Bay. It takes an age to weave our way through Cardiff to the coast and our meeting with the sea is somewhat anti-climactic since we can’t actually touch the water, perched as we are about 10 feet above on a walkway! Coast-to-coast (almost!). It’s been a stunning week. I’ve had a great companion in Paul and I’ve seen wild, rugged parts of Wales that I never knew existed – and connected with the Wales of childhood holidays and that of my Welsh grandmother and half-Welsh mother. Hwyl fawr am nawr! [Goodbye for now!] (Thanks also to Steve for the route maps)